This post is about setting up SMB server, and how to setup for client access. The samba daemon is mainly to provide the file/print service for Workgroups or LanManager, which is out of scope for this post. I have no idea how to link to a Windows AD. :D 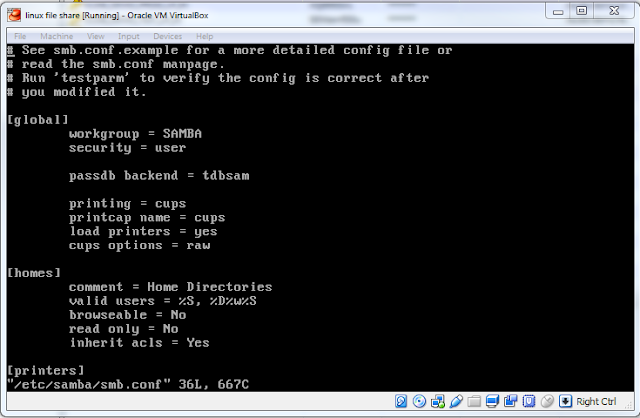 At this point, or in this post, let's just leave it as default.

The [data] denotes the new section for user share, and the share name is data.
path specify the path to share
writable set this path can be modify or not, you can also use read only parameter to control.
browseable is for whether this share is visible when user try to list the shares.


Before I forgot, I also setup a samba user account in the server (for user from client to login) using the following command. It will prompt you to setup the password.

To access it, create a mount point, and mount it.

Now, let's go to Windows. We can connect to this share via net use command. 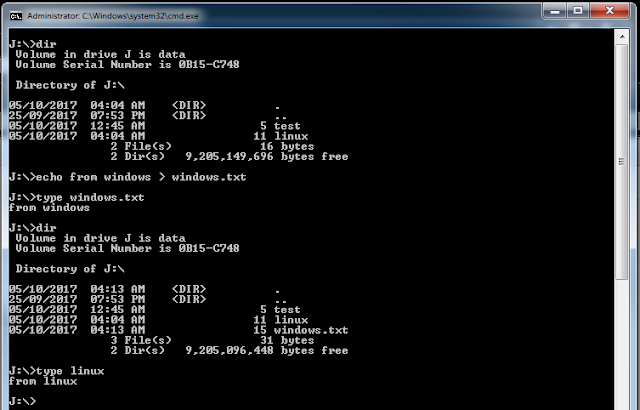 I just realize I have set the SELinux in this server box to permissive. No wonder I don't see issue in yesterday NFS setup and today's Samba service setup... :D This is another difficult topic, I did a quick test and set it to enforcing, update the fcontext to samba_share_t for the share path, but it still complain access deny at client side. Giving up for now. Maybe I'll revisit this again when I am writing about SELinux in near future.